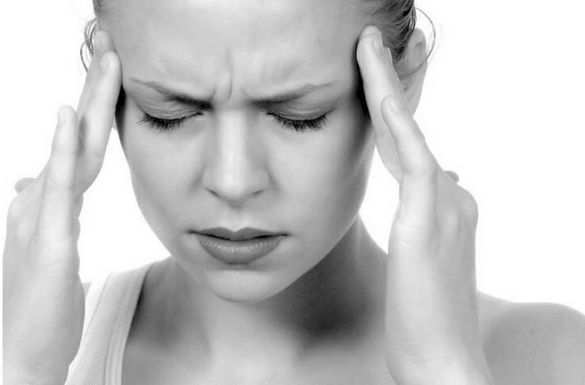 Those who never had headaches can't understand the absolute torture endured by those who suffer from migraines attacks. And there are many repercussions to be added to the suffering!

Migraines are pathologies. They are extremely underestimated for the simple reason that the pain it brings cannot be seen and that it is considered - most of the time - to be minor while it can generate severe and unending suffering. Many people suffer from migraines on a regular basis.

Modern medicine does not understand the cause of migraines!

Migraines remain a mystery for science and medicine. Scientists are always embarrassed when they are asked to explain the real causes.

Modern medicine is not able to explain the reason for this painful headaches, are they a full-fledged illness? Mere symptoms among many others? Do migraines have a psychological component or cause? Are they hereditary?

These questions and many others can't be answered from a scientific or medical perspective. When someone suffers from migraines, pharmacists or physicians hasten to counsel or prescribe analgesics (painkillers).

A vague definition for an unknown condition

The difficulty of understanding migraines can be found usually written in scientific dictionaries, which find it hard to define what migraines are.

Migraines are generally defined as forms of headaches (?) (this definition is strangely vague) that can manifest themselves through periodical attacks.

In fact, having a migraine is not only extremely trying but migraines usually return - sometimes very regularly - in spite of the paracetamol-based medications or medications using other chemical substances.

Migraines are not just symptoms!

The best proof that migraines are not merely symptoms, or in other words, the result of any other disorder, specifically lies in the fact that current medications are incapable of overcoming it!

In fact, if a migraine were an illness, those who suffer from it should get rid of it by taking medication.

Yet, as specified above, migraines usually manifest themselves through attacks, which means they come back - usually periodically - and torment the people suffering from them. Most often, they come on suddenly, within a few minutes.

Many studies have long shown that chemical substances such as paracetamol are extremely useful to suppress the pain.

So, if paracetamol is used as a migraine relief when you have one and if the pain connected to migraines later resurfaces, this means there are reasons behind the outbreak of your migraines and that the chemical medication prescribed has not treated the exact cause!

Therefore, if the remedy based on aspirin, paracetamol or something else does not completely eliminate migraine symptoms but simply relieves the pain for a moment, it means it is either ineffective or that migraines are not illnesses but the consequence of another disorder that has not been neutralized by the chemical substances.

Inside the head of someone who suffers from migraines!

This is where no one would like to be!

However, take a few minutes to imagine - unless you have already experienced painful migraines once or several times - that...

All of a sudden, the veins in your temples begin pulsating more and more quickly, bringing more and more painful sensations to your head!
Pain quickly spreads to the entire brain, which makes you feel as if a vise were tightening your head a bit more as time passes by and as you wait and wait before taking a remedy, whatever it may be.

In more serious instances, when migraines last longer, you may also have trouble focusing, burst into tears because of the pain you feel and even be under the impression that you are the victim of an actual mental torture that turns your head upside down!

It may even sometimes get worse when you stop doing anything to rest or take care of the pain because, when you rest, you focus even more on the pain that ceaselessly hammers in your head and that seems to grow in intensity!

The pain starts amplifying and you look forward to the moment when it finally goes away. Even after having taken medications, you must sometimes wait for hours before the migraine pain relief you have been hoping to manifests itself!

In addition, as I already mentioned, it is not because the anti-migraine treatment prescribed has been effective once that it will prevent you from suffering from other migraines over the mid- or long-term. This disorder is not yet well-known.

This is the paradox linked to migraines: a migraine is considered to be a minor ailment compared to other conditions reputed to be much more serious but the fact remains that it can have serious consequences.

Indeed, in addition to the nearly unbearable pain that migraines can cause, they can also have dire repercussions.

Thus, researchers recently claimed that successive migraines could cause brain damage over time and have an influence on the psychological balance of those suffering from them!

Such instances are of course the worst. Some people suffering from migraines but not to that extent previously mentioned may be affected by nausea, vomit or suffer from photosensitivity or in other words, find it hard to bear artificial light or even daylight!

In some cases - such as migraines with aura - they can be preceded by altered perceptions such as visual or auditory illusions!

Furthermore, if some kinds of migraines are hereditary - which some scientists claim is the case - no one is safe. Everyone could one day experience these terrible headaches and even sometimes on several occasions during the same day or during a lifetime!

In spite of the many studies conducted for decades, there haven't been many advances on the topic, even if the different studies have enabled scientists to better understand how migraines are triggered.

The most recent research refers to poor blood flow in the brain and other genetic factors but this did not enable them to find out more about the exact causes of migraines!

The most extensive studies have examined migraines through magnetic resonance imaging (RMI) with state-of-the-art devices.

Admittedly, they made it possible to look further into the process that lies behind the triggers of migraines, their evolution and the consequences they have but they haven't helped in finding their exact origin.

An impediment to the transmission of information!

Magnetic resonance imaging has shown that people suffering from migraines on a regular basis are often the victims of irreversible damage as far as the brain's white matter is concerned.

This is the name given to the nervous tissue that carries the information between the two cerebral hemispheres in the brain where intellectual operations take place - all this occurring in the grey matter. The white matter is composed of long "cables" or axons that connect the neurons of the matter, also called grey matter, to each other.

Thus, a study conducted by physicians in Copenhagen, Denmark, and published in the Neurology journal in 2013, showed that people suffering from migraines displayed lesions in the white matter.

The terrible consequences of this damage result in the slowing down or impossibility to transmit the information between the different parts or hemispheres of the brain!

Loss of brain volume and intelligence

Still according to the same study, it seems that not only is the transmission of information affected due to repetitive migraines but the brain volume is also said to be modified by this ailment, leading to a decrease in intellectual capabilities

Studies carried out on migraines and their effects enabled scientists to highlight the unknown role played by the white matter, which had long been disregarded!

Axons, these long "communication cables" connecting the different hemispheres (some can also be found in the spinal cord), are essential for the proper functioning of the two cerebral hemispheres, the right and the left.

Also, should these axons be damaged by lesions, this would prevent the information from circulating freely or quickly. The person affected would lose their cerebral faculties, their ability to reason or quickly sort the information.

This leads to a loss of autonomy, of the ability to learn, but also to a lack of control of mental capabilities resulting in... a loss of intelligence!

Migraines that keep their cards close to their chest!

In many cases, you may suffer from migraines or risk suffering from them... without your knowing!

Therefore, pay careful attention to the "signs" below.

If you experienced or are experiencing the following symptoms, it is highly likely that - without your knowledge - you suffer from migraines! You are likely to have migraines in the coming months, even weeks!

In these three cases, you may experience migraines without knowing it!

Indeed, these three main signs are not always connected to migraines but the fact remains that they are warning signs that you may be prone to them.

Pay attention to these signs and detect them when they occur.

Prevent and reduce the causes of migraines

Migraines are very annoying and quite common disorders, disorders from which nobody is sheltered since modern science has trouble understanding and curing them.

However, many studies have shown that some factors could trigger, exacerbate or prolong the pain and risks linked to migraines!

So, in order to reduce and counter sudden triggers or the persistence of regular attacks, it is advised to try to avoid extreme fatigue and exhaustion, keep away from stress and sleep enough so you feel rested.

Therefore, it is advised to avoid eating or drinking too much. Drinks and foods containing a lot of sugar are top of the ranking, such as chocolate, cakes, wines and strong alcoholic drinks, which you should avoid.

Here is another piece of advice: generally speaking, to avoid migraines, it is preferable to have a balanced and varied diet.

However, even though these precautions are important and although it is better to follow them to the letter, their influence on the triggers of migraines may vary depending on the personality, health and physical condition of each individual.

In reality, even following these pieces of advice has never ensured anyone migraine headaches would not come on suddenly. Neither do they shelter anyone from the regular return of migraines!

As a result, to avoid or get rid of this plague, it is advised to anticipate the onset of a migraine rather than be forced to treat it because it can strike anyone anytime!